Marcia Clark rose to fame by complicating the OJ Simpson case so much that when the jury heard the defense say, "If the glove don't fit, you must acquit," they did. But, she got it exactly right in her analysis of the child sex case against Jerry Sandusky: Simple.

I have to admit, I really hadn't thought of it that way. Maybe because I was following too closely and knew about all the motions and affidavits and subpoenas; or maybe because the case involved 10 alleged victims and nearly 50 separate charges. Somehow, it seemed complicated. Based on what I'd read and heard, I thought his guilt was obvious. Still, it seemed like the jury would have a lot to sort through and I expected a split verdict with Sandusky guilty on maybe 30 of the 48 counts.

After two days of deliberation, on the night of Friday, June 22, a jury in Centre County did, in fact, deliver a split verdict - guilty on 45 counts, not guilty on 3. Simple.

Clark made her comments on CNN (I think) on the first night of deliberations (I think). Her point was that the case was simple because it came down to this: either the jury believed the alleged victims or they didn't. The jurors didn't have much physical evidence to sort through. There was no DNA evidence. Just a few creepy letters written by Sandusky and audio recordings of Sandusky's creepy phone interview with NBC. While that evidence didn't put Sandusky in a good light, I don't think it would have been enough to sway any jurors who might have had doubts about his guilt.

Either the jurors believed the alleged victims or they didn't. At 45-3, clearly they did. The only counts Sandusky was acquitted on were ones where no one saw - or could remember seeing - a specific act. If an alleged victim said it happened and could remember it happening, guilty. Simple.

So, Sandusky is now behind bars awaiting sentencing, probably sometime in September. The maximum is somewhere in the neighborhood of 440 years. Given Sandusky's age of 68, even a minimum of 25 years will amount to a life sentence, but you know the minimum is going to be a lot more than that. 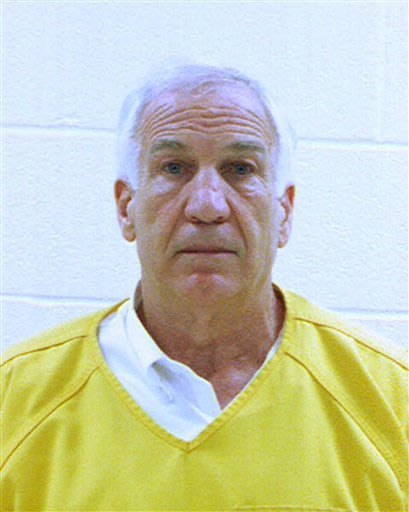 After sentencing, Sandusky's lawyers have said they will file appeals. Based on post-conviction comments from Joe Amendola and Karl Rominger, their bases for appeal would seem to be a) we weren't prepared, and b) we didn't do a very good job. Neither man has said anything that indicates they have proof that any of the alleged victims lied or that they have evidence which could cast doubt on Sandusky's guilt.

Given that Amendola chose to waive the preliminary hearing, which would have provided an opportunity for the defense to hear testimony from at least some of the alleged victims and other prosecution witnesses before the trial, I don't see the "we weren't prepared" appeal going very far. The ineffective counsel appeal may have a slightly better chance since it seems like Amendola took a pretty big gamble by passing on the prelim - and lost.

My personal opinion is that Amendola waived the prelim in the hopes that the judge would grant several delays, thus keeping Sandusky out of jail as long as possible. But, this judge wouldn't play. He gave the defense one delay (from May to June) and that was it. And, when the defense tried to quit just before the trial with claims they weren't prepared, the judge said no way.

I think that Amendola and his team knew exactly what they were doing and tried everything they could to keep the trial from happening so quickly. Their gambles didn't pay off, but I don't believe that a few extra months would have made much of a difference.

As ONE WRITER put it, Sandusky is "Guilty. Guilty. Damn, Damn Guilty." Simple.

The only way this could have been easier would be for them to have discovered the bodies of his victims buried in his back yard. Then it would have been an open-and-shut case, and wouldn't have stretched out for years...and years...


This comment has been moderated by the blog owner